Our collaboration began much earlier, regularly co-presenting at conferences on the topic of ADHD and relationships. When a major publisher of clinical guides asked us to produce the first professional guide for ADHD couples counseling, we embarked on a four-year journey of intense collaboration—and many drafts!

We share a bedrock belief: That is, adults with ADHD and their loved ones can create lasting progress when given a solid education on Adult ADHD and training in core strategies and tools. 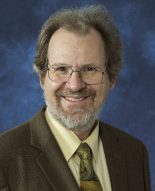 ADHD Through the Lifespan

Therapy and family systems therapy, it was natural for Dr. Robin to innovate in combining these techniques to help these couples. Thus, for the past decade, Dr. Robin has been treating couples where one or both individuals have ADHD. In 1989, Dr. Robin was himself diagnosed with ADHD and has had personal experience in his own marriage coping with ADHD. He finds that this personal experience nicely complements his professional experience with ADHD.

As the director of a psychology internship accredited by the American Psychological Association, Dr. Robin has pioneered innovative clinical-training techniques, particularly in the area of competency-based education. He has applied these techniques in training clinicians to work with adults and couples affected by ADHD, making numerous presentations at conferences on ADHD and relationships. He also brought to the task of editing this book his extensive experience in teaching clinicians how to implement evidence-based family intervention techniques.

Dr. Robin is a member of the Editorial Board of the Journal of Developmental and Behavioral Pediatrics and the Journal of Attention Disorders. He has also served as a guest reviewer for many other journals. In 2002, he was inducted into the CHADD (Children and Adults with Attention-Deficit/Hyperactivity Disorder) Hall of Fame for his lifetime contributions to the field. In 2007 he became a Fellow of the Society of Clinical Psychology (Division 12) of the American Psychological Association.

To learn more about his private practice, visit this website. 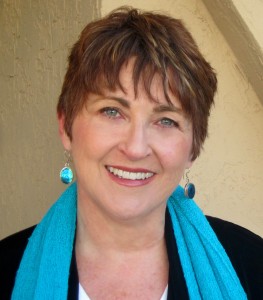 In 1999, however, she was a veteran award-winning print journalist who had the same misunderstandings of ADHD that most everybody had then (even now!).

Her career path changed when her 37-year-old husband was diagnosed with ADHD. The couple learned of the possibility not from their repeated attempts at couples counseling. Instead, she randomly picked up a new neurobiology title at the library. As luck would have it, it touched upon Adult ADHD.

Grasping the enormous damage that ignorance about Adult ADHD  can wield, she devoted her efforts to creating awareness and offering support. She  began by organizing guest lectures and launching support groups for both adults with ADHD and their partners in the San Francisco Bay Area. All free and open to the public.

In 2004-2005, she conducted an extensive survey of the partners of adults with ADHD. To date, this is the most comprehensive Adult ADHD and relationships.

Her online group, ADHD Partner, has averaged 1,000 members since its inception, 2004. Hundreds of individuals found a lifeline in the group during COVID.  The 10,000th member jointed the group.

These activities, combined with in-depth interviews of preeminent experts and investigation into the literature, informed her first book: Is It You, Me, or Adult A.D.D.?: Stopping the Roller Coaster When Someone You Love Has Attention Deficit Disorder (1201 Alarm Press, 2008). It is as popular today as it was then. Translated now into Turkish and Spanish, the book garnered four national awards, including ForeWord Magazine’s Psychology Book of the Year.

In the past six years, she and Dr. Robin have co-presented at national conferences to clinicians on relationships and ADHD.

Pera has served, in a pro bono capacity, as coordinator of CHADD Silicon Valley for more than a decade. She was named CHADD 2007 National Volunteer of the Year.

In her previous career as a print journalist, her work for USA Weekend Magazine won both the prestigious Best Magazine Edition Award from The Association for Women in Communications and a Unity Award in Media, recognizing accurate exposure of issues affecting minorities and disabled persons.